Home > ODC > 7UP Nimbooz Masala Soda : Let’s Do The Chatpataka

7UP Nimbooz Masala Soda believes that each one of us is naturally unique and original in our own way, and by being ourself we can make the world cheerful

This summer, beat the heat with the original, authentic and chatpataka Indian thirst quencher – 7UP® Nimbooz Masala Soda that will make you feel up! PepsiCo India has signed actor Anushka Sharma as brand ambassador for its brand 7UP. Anushka will be seen as a feisty avatar in an all new thematic TVC for 7UP Nimbooz Masala Soda in line with the refreshed global 7UP proposition of ‘Tu UP Toh Duniya UP’.7UP Nimbooz Masala Soda is made from real lemon juice, soda and has a hint of masala that gives it a unique chatpataka taste.

Speaking on the campaign, Ruchira Jaitly, Sr. Director, Marketing (Social Beverages), PepsiCo India said, “7UP Nimbooz Masala Soda believes that each one of us is naturally unique and original in our own way, and by being our natural self we can make the world cheerful. The new campaign ‘Let’s do the Chatpataka’ celebrates this philosophy with Anushka, who truly personifies the real Indian Chatpataka.”

Actor and brand ambassador, Anushka Sharma commenting on the campaign said, “I am happy to be the brand ambassador of 7UP. The ‘Let’s do the Chatpataka’ campaign was a lot of fun to shoot. I had a great time and look forward to a great association with the brand.” The TVC has been conceptualized by BBDO India and the media and digital duties are being handled by Mindshare and The Glitch respectively. Catch the TVC as it premieres on March 27, 2015. 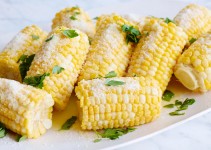 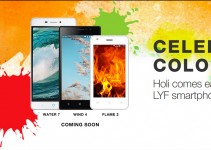