Asus ZenFone 6 and Huawei Honor 4X both are Dual SIM phones which keeps in a budget of Rs 15000 with High End Configuration.

Asus ZenFone 6 and Huawei Honor 4X both are Dual SIM phones which keeps in a budget of Rs 15000 with High End Configuration. Both the phone were released in last year.

The ZenFone 6 and Honor 4X featured with IPS LCD display and ZenFone 6 comes with protective Corning Gorilla Glass 3 and the Asus also has a bigger screen size of 6 inches compared to the 5.5 inches display size of the Huawei. Both the phone have 720 x 1280 pixel resolution where Asus ZenFone 6 have 245 ppi which is lower to 267 ppi display of Huawei Honor 4X.

Android drives the both phone but Asus runs on 4.3 Jelly Bean OS which can upgradable to 4.4.2 KitKat and Honor 4X runs on the 4.4.2 KitKat OS. On the Hardware side Asus is powered by Intel Atom processor clocked at 2GHz supported by PowerVR GPU and 1GB/2GB RAM and 8/16/32 GB ROM optional variants. The Huawei Honor powered by Qualcomm Snapdragon 410 quad core processor  clocked at 1.2GHz supported by Adreno 306 GPU with 2GB RAM and 8GB ROM. Both phones have Expandable ROM with MicroSD Cards up to 64GB in ZenFone and 32GB on Honor 4x.

Comparing the performance Huawei Honor 4X is brilliant than ZenFone. However both are performing amazing in normal daily uses and good for usual gaming. And ZenFone packed with Asus pre built ZenUI make the phone more efficient and smart. Emotion 3.0 UI is also decent to look and work on.

On Camera side both the phone have 13 MP Primary Camera with Autofocus and Flash which captures 4128 x 3096 pixels images in Asus Zenfone 6 and Huawei Honor 4X captures 4208 x 3120 pixels images. Both camera’s records 1080p HD videos in 30 frames per second. And ZenFone has a 5MP front camera which can record 720p videos and brilliant selfies where Honor 4X is featuring a 2MP camera.

Asus ZenFone 6 have 3300mAh non removable battery and the Honor 4x with 3000mAh battery however the Honor 4x offers a three days battery life on its 64 bit processor.

Asus ZenFone 6 is a perfect budget phablet which offers better value for money and efficiency.It comes in  4 colours – Charcoal Black, Pearl White, Cherry Red, Champagne Gold with pricing about Rs. 16,100 And Huawei Honor 4x is priced about Rs. 18,232 which is impressive on its 3 day battery, gesture pad on screen and 4G LTE functionalities. The Honor 4x is available in White, Gold colours. 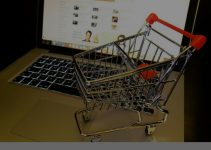 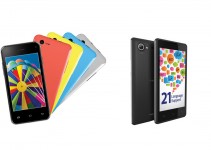