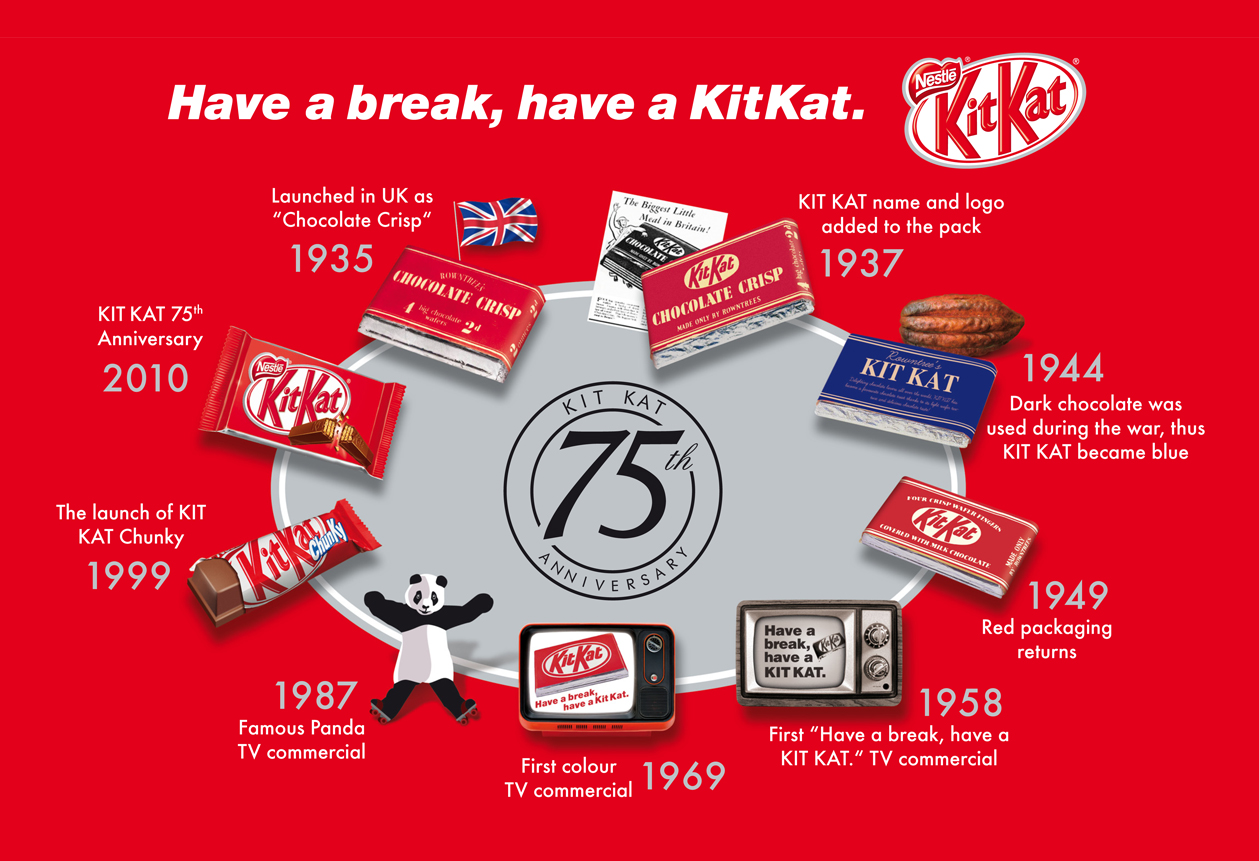 August 29th 1935 : The Four Finger wafer manufactured in New York and the item is also sold in London and South East of England as Rowntree’s Chocolate Crisp.

1942 : During World War II due to shortage of the ingredients altered the recipe of KitKat Chocolate Crisp and the wrapper colour changed to Blue and oval logo replaced by bold rewritten Kit Kat.

1949 : Return to original recipe and change to red wrapper.

1958 : Have a Break, Have a Kit Kat ad line created by Donald Gilles, Executive at Ad agency JWT London.

1960 : Two finger multi pack was introduced. This increased the sale of Kit Kat.

1999 : Kit Kat Chunky launched in UK which is an instant hit and quickly rolled to other markets.

2006 : Kit Kat to become one of the first companies in the introduce Guideline Daily Amounts (GDAs) on the front of Kit Kat packs. 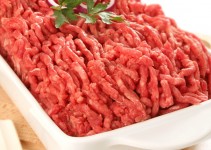 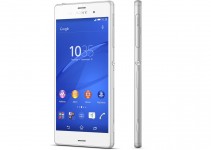