Review and comparison of flagship products OnePlus One vs Xiaomi Mi4

Now a days people think more on new brands than our existing giants. And in that Xiaomi and OnePlus is heard loudly these days. Both the brands have their flagship products 5.5″  Xiaomi Mi4 and 5.5″ OnePlus One. Check out with suits you in this Off-Brand War between OnePlus One vs Xiaomi Mi4 . 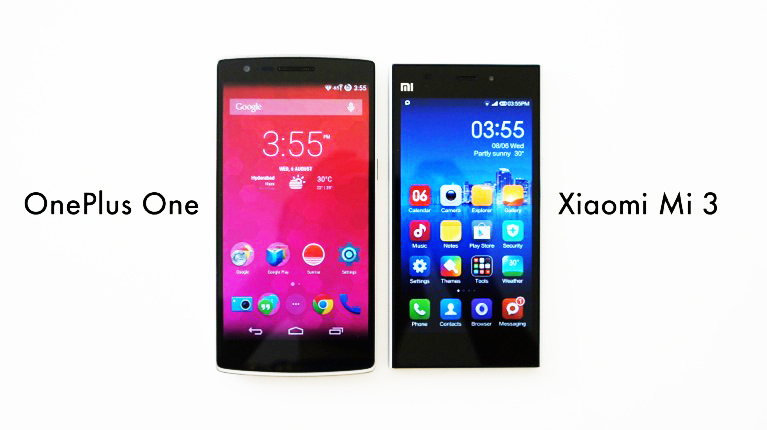 Battery capacity is the most accurate indicator of overall battery performance, and both of these phones have capacities above the average of 1,850 mAh. The display is typically the biggest drain on a phone’s battery, and the larger screen on the One will drain its battery faster than the display on the Mi 4.

Both of these phones are thinner than 9mm, which means they can use a case without being bulky. 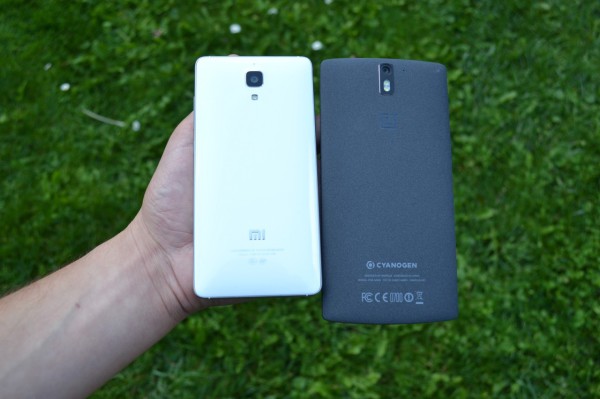 Both phones have above average cameras. Their primary cameras are also both at least 8 megapixels, which is the minimum level required to capture high quality images. These phones can record high definition (HD) video in 1080p or better, which is standard in most modern models. And Xiaomi Mi4 have 8MP front camera surprising and best for video conferencing and selfies.

Both have 16 GB Internal Memory and No Expandable Memory slots

LTE connectivity, the fastest available mobile technology, is supported by both of these phones. Keep in mind that actual speed will depend on the wireless carrier the phone uses. 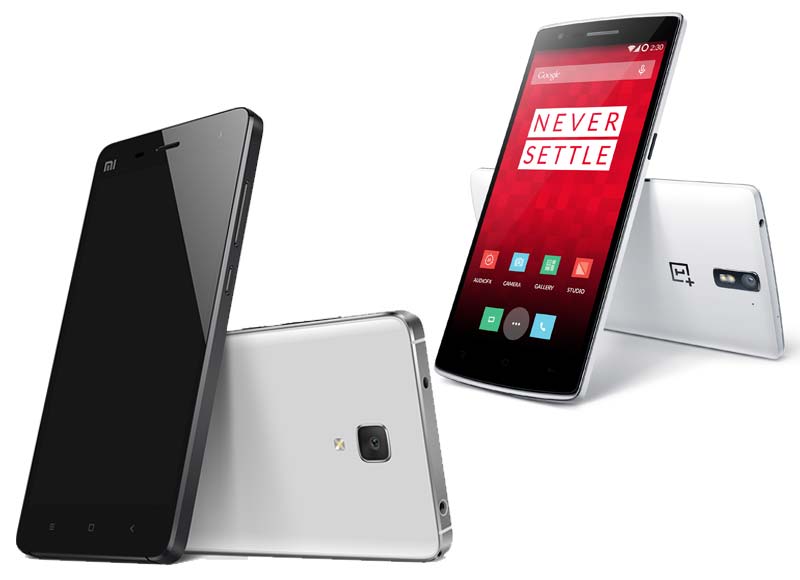 Buy OnePlus One from Here 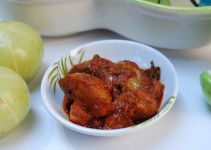 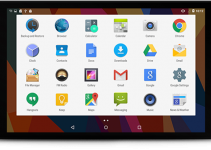 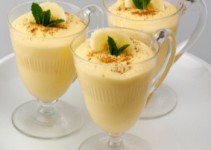