Makers of Bollywood thrillers are obsessed with counter-terrorism ops. So in recent times, Hindi movie fans have witnessed the heroic exploits of many an undercover agent and wondered where the truth of such covert missions really lies.
Neeraj Pandey’s oddly-titled Baby does little to dispel the questions. Worse, it perniciously plays up prejudices in the bid to give its storyline a jingoistic context and mass appeal.

Baby
Baby is a 2015 Indian espionage action thriller film directed by Neeraj Pandey. The film stars Akshay Kumar, Rana Daggubati and Taapsee Pannu in lead roles , along with Danny Denzongpa, Kay Kay Menon, Rasheed Naz and Anupam Kher in supporting roles. The film released on January 23, 2015 to positive reviews from critics, praising particularly the direction and Kumar's performance.
Directed by: Neeraj Pandey
Produced by: T-Series
Starring:
Akshay Kumar , Rana Daggubati and Taapsee Pannu
” has done decent business at the Indian box office on Monday and Tuesday, and is now heading towards the 100 crore mark in the domestic market. This action flick had an average opening.

“Baby” has collected approximately 56.07 crore net at the Indian box office in five days. The movie, which has been made with a whopping budget of 58.97 crore, has almost recovered its production cost. With two days remaining for the first week to end, the movie is expected to cross the 65 crore mark at the domestic box office in seven days.

In its second week, “Baby” will face a great challenge at the box office as it clashes with much-hyped movies like “Hawaizaada”, “Khamoshiyan” and “Rahasya”, which will release in theatres on 30 January. Even if it witnesses a 50 per cent drop, the movie is likely to cross 100 crore in the second week and become the first film of the year to achieve this magical figure. 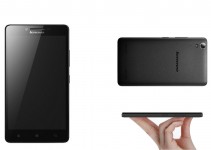 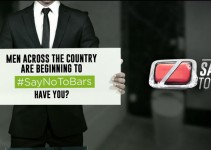